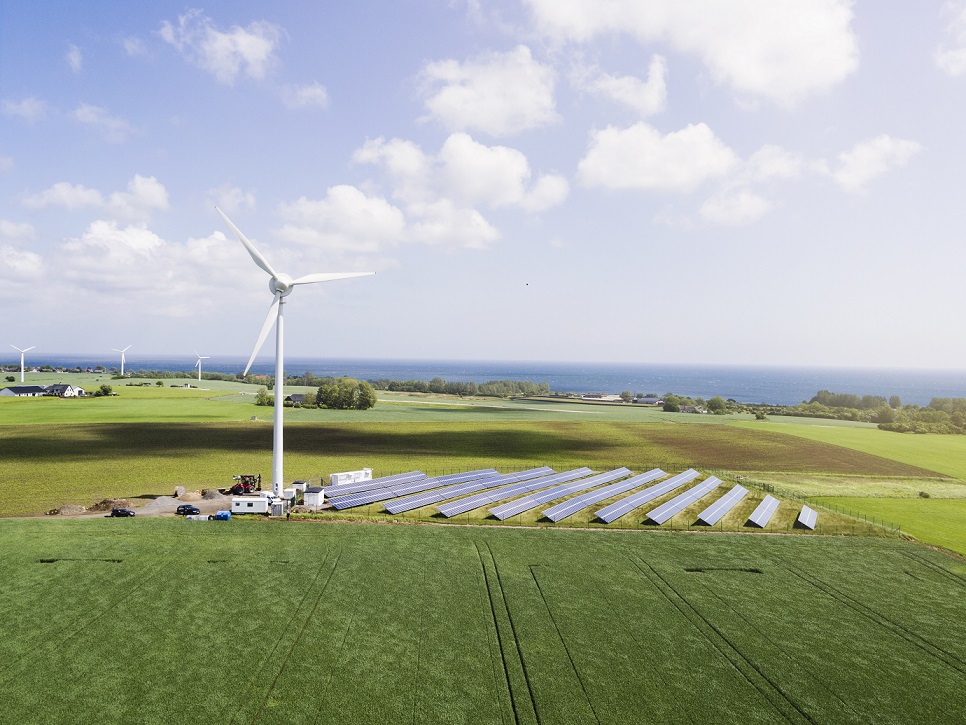 View from the Simris village where the project is ongoing.

An exciting project where E.ON has created Sweden’s first local energy system - Comsel System is a proud supplier of smart metering modules and service hub for energy metering in the LES Simris project.

To create a more sustainable future, we need to utilize local, renewable energy sources and use energy in a smarter way. People also show an increased interest in producing their own electricity, mainly via solar cells on their roofs. This is why E.ON has started a development project aiming to make areas in Sweden self-sufficient in renewable electricity.

In the Scandinavian village of Simris, E.ON has created Sweden’s first local energy system. In the pilot project, called LES Simris, tests are implemented to make the village self-sufficient in electricity using solar cells and wind power during defined periods. During a trial period, the system will make the village completely self-sufficient every fifth week, using 100 % renewable and locally produced electricity. In the future, the plan is to use the same technologies also on other locations. E.ON views this as a complement to the energy systems of today, with large, central power stations and long transport distances.

Comsel System Ltd has delivered its Oculus®- and Corona®-products to the project. Oculus® is a smart IoT-metering module for energy meters, and Corona® is an IoT-servicehub for communication, inventory control, configuration, programme updates and health surveillance for Oculus® IoT-modules. A quarter of the households in Simris have signed the “AvtalFlex”-agreement with E.ON, which means that these have installed Oculus® for real time measurements and control of energy use. The Oculus®-module is easily attached to existing meters and thereafter realtime information about consumption and production (import and export) is available. Also information about the amount of peak shaving in each houselhold will easily be obtained. Oculus® comes with a high level of data security, and communicates by varying communication methods. With more detailed and easily accessible energy information, consumers can reduce high effects at peak hours, and thus be able to achieve a more environment friendly and effective energy use.

“To create a more sustainable future, we need to utilize local, renewable energy sources and use the energy in a smarter way. People also show an increased interest in producing their own electricity, mainly via solar cells on their roofs. This presents new challenges for how we produce and distribute electricity in our grids. It is with great interest we have installed Comsels’s product Oculus® in this project. We are impressed of how large amounts of data can be controlled and gathered in such a simple way - and that the information is real time. We look forward to a continued cooperation with Comsel”, says Peder Kjellen at E.ON Sverige AB.

“We are very satisfied being part of the E.ON project LES Simris, as it is a pioneering project that bring advantages to all parties involved. We are happy that E.ON have chosen our product, and that we have the opportunity to show how simple it is to collect and control valuable real time information about energy usage. It is very inspiring to participate and co-operate with E.ON in this kind of new, innovative solutions”, says Kristian Heimonen, CEO at Comsel System Ltd.

E.ON Sverige AB produces and delivers energy to the Nordic market. E.ON Sverige is part of the international E.ON Group, one of the largest investment-owned energy companies in the world. E.ON has approximately 2 200 co-workers in Sweden.

Comsel System Ltd offers products and services for smart metering in the energy sector. The solutions include products for the next generation of smart meters that are built on modern, standardised and cost effective architecture. The solutions favour all actors on the energy market, and offers the users brand new opportunities to take part of their information about energy use, and thus helps users to become more energy efficient.